MyMinis was just updated with Series 9 figures and the matching 'Picture Touch Guide' to help you feel what is in the bag by touch, the best way to find them all!  Series 9 is amazing, with a cool Heroic Knight figure, a Cyclops, and a very well done Policeman, and more.  The Touch Guide shows you which parts to feel for and which to avoid, giving you a blind but touch based mental map to speed up your search to complete your collection (and avoid wasting gas on extra trips to the store when you get the wrong figure). 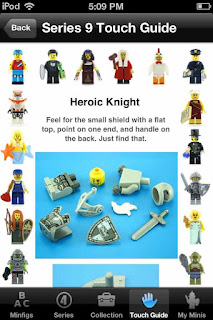 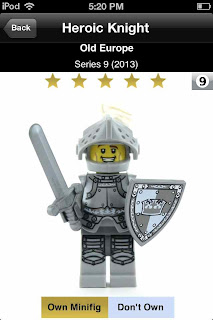 Next, for iPad, the large figure detail screen pictures were all upgraded to retina, which looks amazing but doubles the size of the app to about 40MB.  Its worth it though as on an retina iPad you are now seeing over four times the number of pixels. This shows the amazing quality and detail that Lego put into these collectables. You will not see this image quality and size anywhere else. (Of course iPod touch /iPhone user have always had retina.)  Also, the iPad tables now have larger images for the figures in Retina view as well.  Here is a retina image - this thing is huge - this is one fourth the actual size! 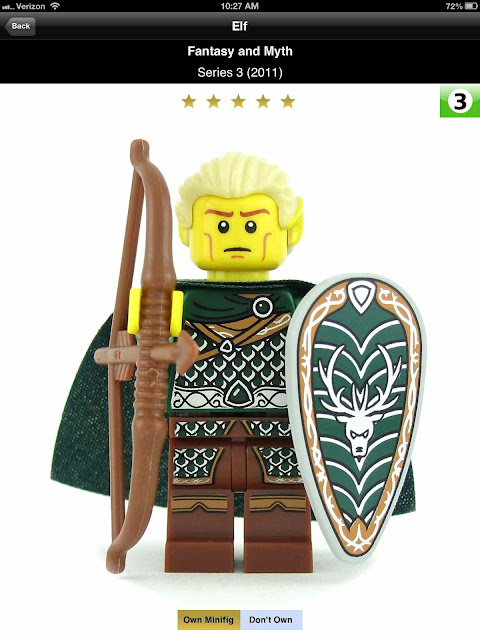 Finally, I made the decision to move the codebase to iOS6.  This was a difficult decision, for some users (iPad 1 and iPod Touch 2nd gen)  cannot upgrade. I expect to get hit for that by reviews and understand your disappointment.  However,  iOS6 includes a key Apple code capability feature that many users have requested over and over and is tailer made for this app. I simply have to implement this new feature for those users and for the future of the app. This new feature allows you to see all the figures in an endless scrollable grid. This is cool because you can see more pictures on one screen, and the screen can go off the screen.  I added two new grid screens, one for all the figures and the other just shows the ones that you own. You can now see your personal collection on a single screen for the first time! At the top it says how may figures you own as a total count. 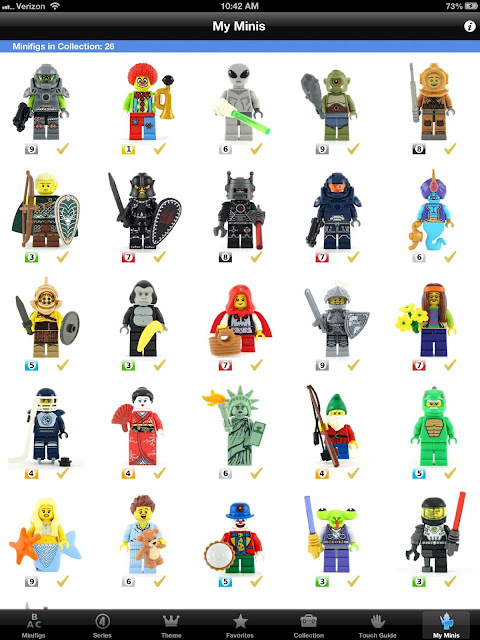 The grid that shows all the figures is sortable by alphabetical order, series, favorite star ranking, and custom themes (music and dance, space and aliens for instance). Click the icon at the upper right to change the sort order.  All the pictures of the figures have a small icon showing their series, and if owned also have a golden check.  Also, there is a whole new set of larger images used for these grids so you can see these figures in more detail than with the tables. If you can, please upgrade to iOS6 and get this update. 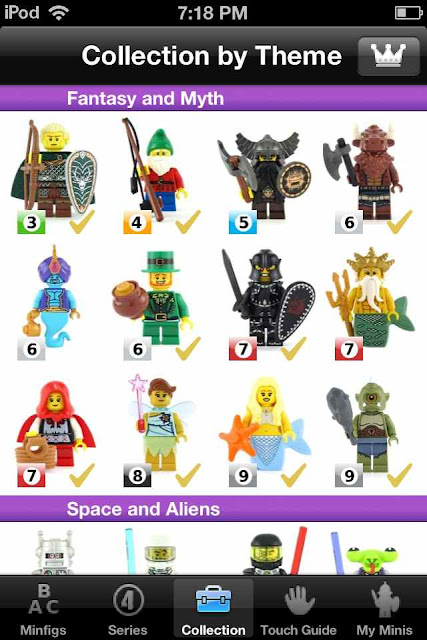