MyMinis updated with both Series 14 (Monsters) and previous series

MyMinis (iPhone / iPad app) is updated with Series 14 (Monster theme) and the previous series.  The app shows quality photos that depict an easy to compare view of images of the collectable minifig series. These photos are only taken for use only in this app. The photos are of retina quality and look especially amazing on the iPad (a higher res version is used for iPad). You can clearly see the tiny details and mark the figures in your collection. The touch guide is also included and shows the parts that help you identify the hidden figure in the unmarked bags. Posted by cherryhilltech at 6:00 PM 7 comments:

SWMinis and MyMinis Updates are Both Submitted and Pending Approval

A very large content update to SWMinis was submitted and is pending approval. If approved it should be live be live around March 14/15th according to current review queue times. I am really sorry it took so long this time. It includes over 80 figures from 32 sets: all the 2015 sets and the remainder of the 2014 sets, including the Sandcrawler UCS and Slave I UCS. 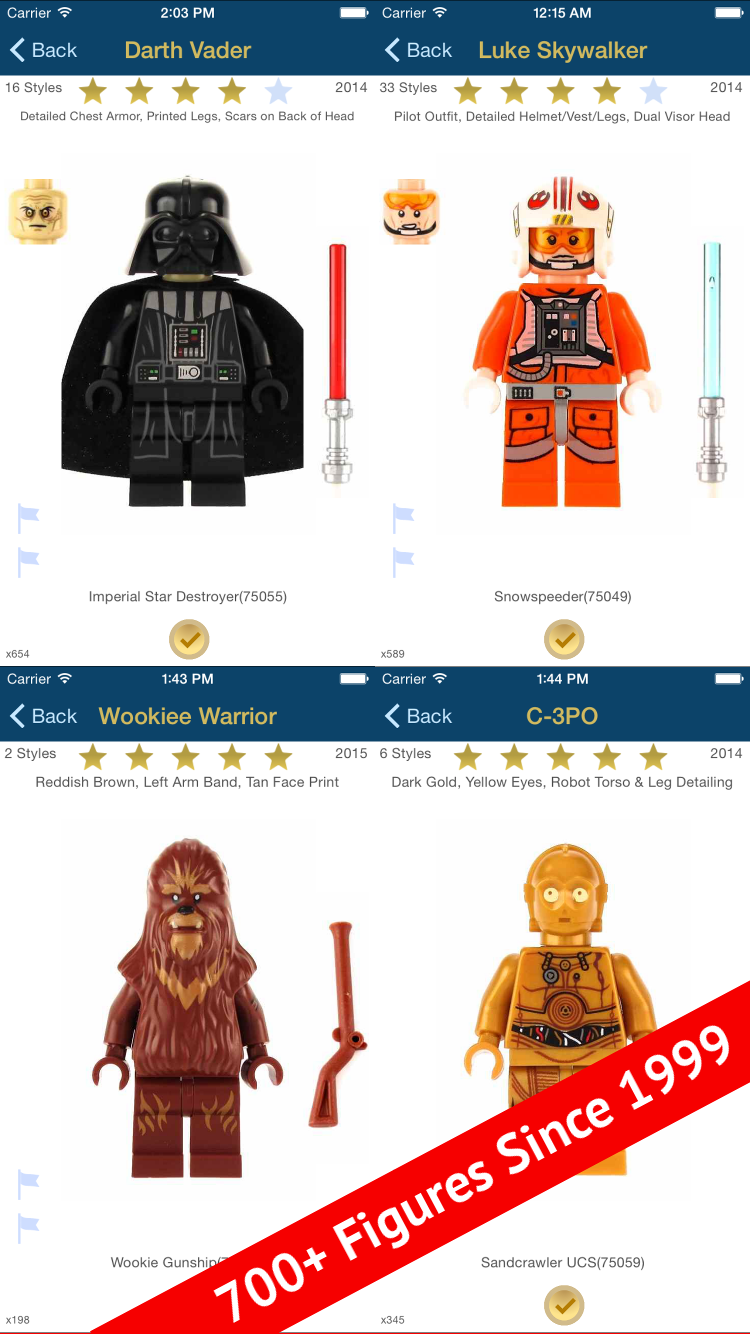 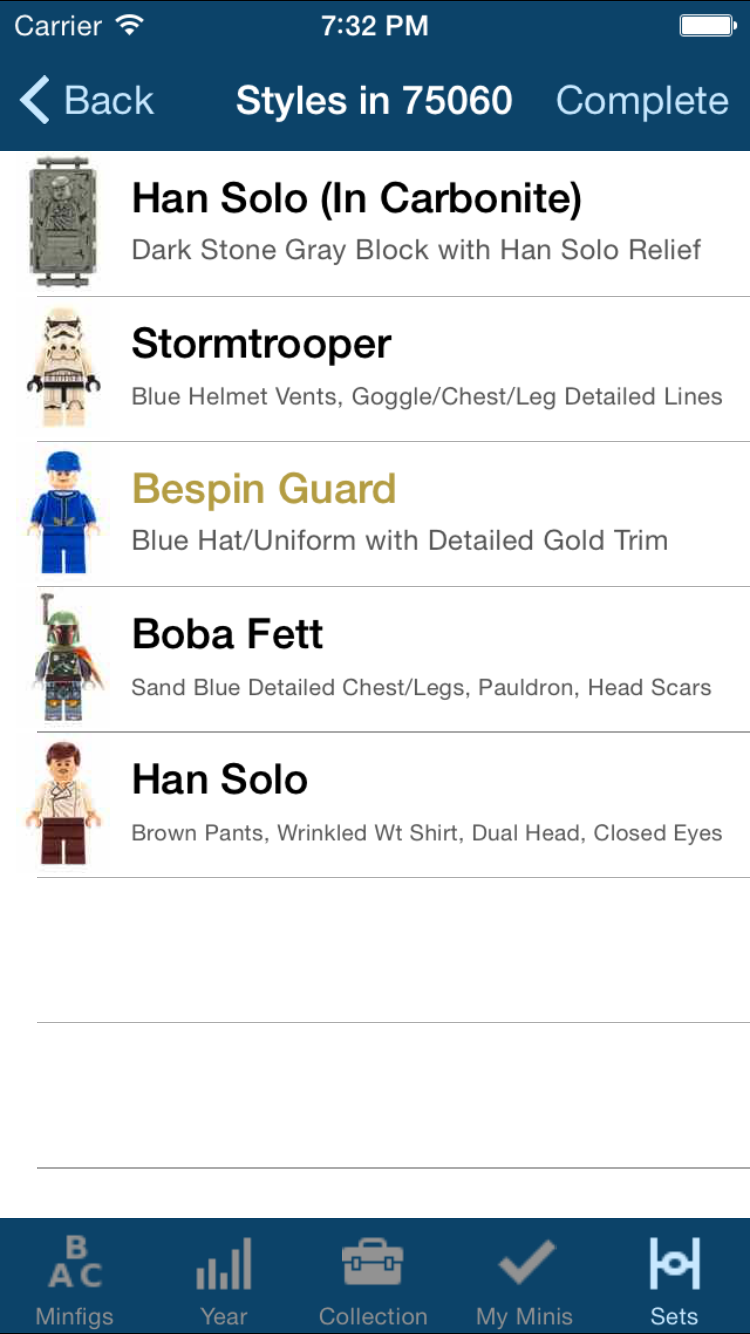 An update to MyMinis for Series 13 was also just submitted. If approved it should be live around Wednesday March 18. It includes the new 16 minfigures and the Touch Guide for Series 13. 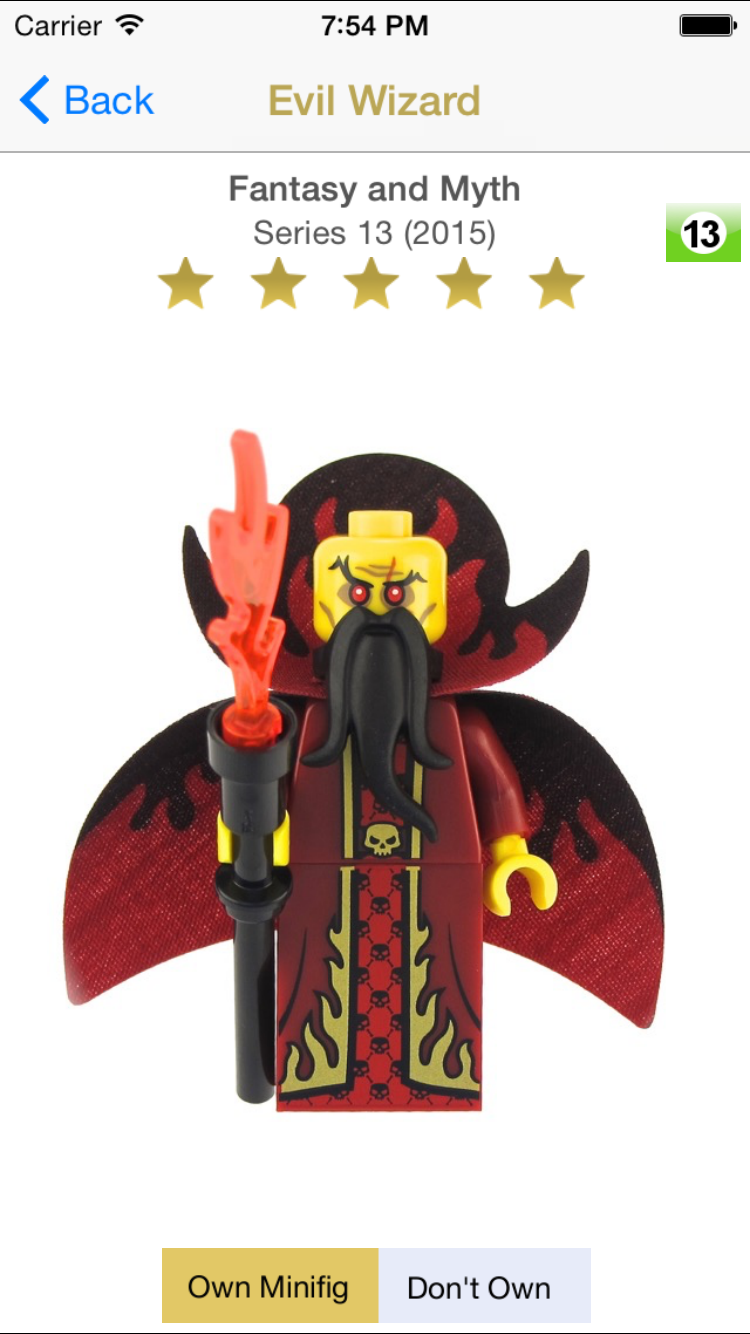 Posted by cherryhilltech at 8:36 PM 13 comments:

MyMinis updated with the new series from May 2014!

The new May 2014 update is here and has the new 16 minfigures. (This is the 13th series that has been released so far.)  Get the app and you will be pleasantly surprised to these minifigs -  you will instantly recognize them!

The previous update in January (the 12th series) was for figures from The LEGO® Movie,  just in time for its release in theaters!  These figures are awesome, and I loved the movie. Here are some screenshots from the app. Of course the touch guide will help you find them too by touch, the best way to find them all! 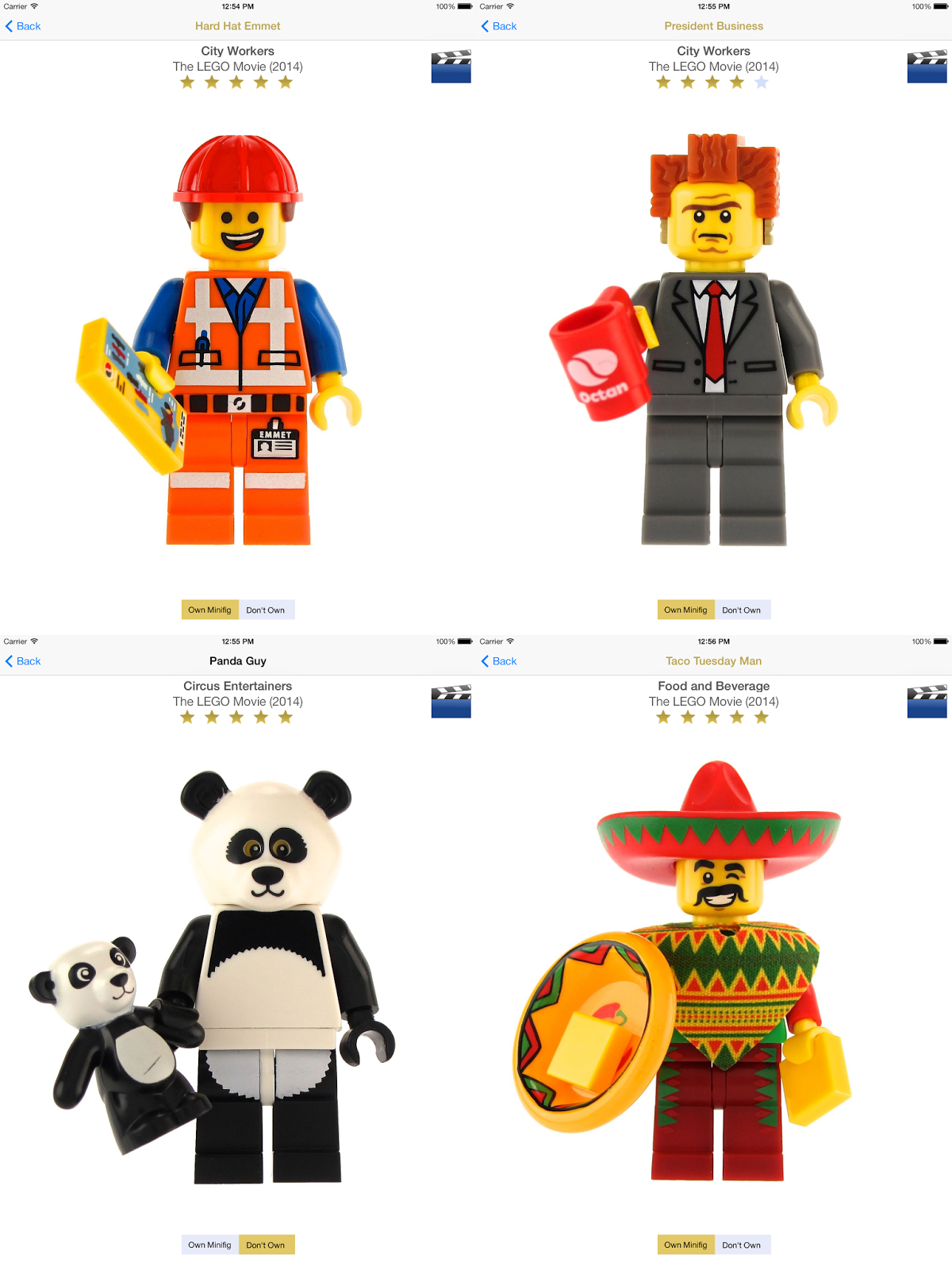 Posted by cherryhilltech at 9:13 PM 19 comments:

Last week SWMinis was updated with lots of new figures from the 2014 Star Wars sets. Enjoy! TC-4 made it in too.  Also added was the rare Padawan and Holocron Droid from the Yodocron set. 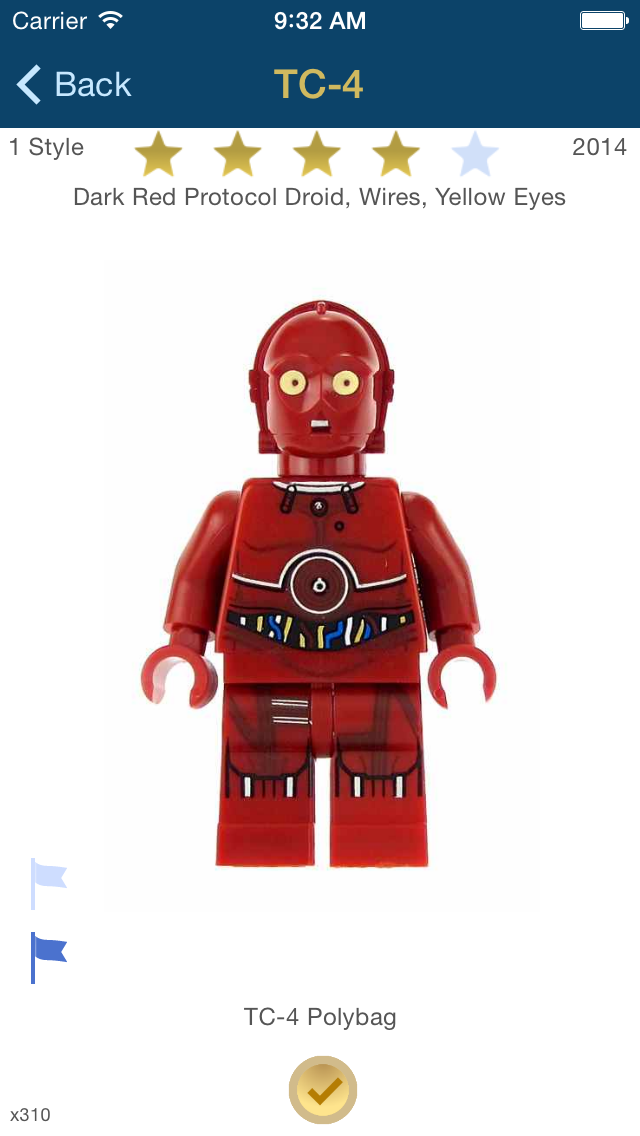 Posted by cherryhilltech at 6:34 AM 31 comments: 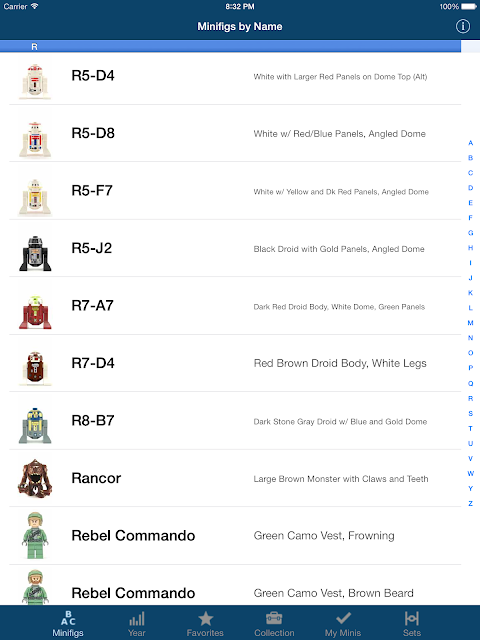 A second upload of the update for MyMinis was submitted today for review (currently a six day period). This is the same content as the earlier Series 11 update, but this one will let folks with iOS7 devices get that look and feel, while iOS6 folks will be still able to download the iOS6 version. The app store auto chooses the most up to date version that you can actually run on your device. That is a new feature of the app store. Neat!

Here are some screenshots of how the app looks now in iOS7. I 'get it' now in terms of what they were trying to do with iOS7: let the content stand out on its own front and center. The new translucent bars look nice in my opinion. 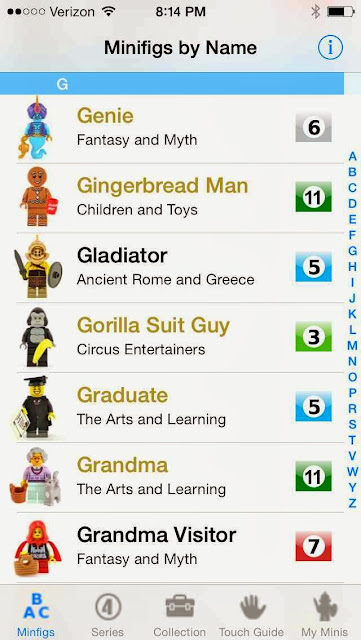 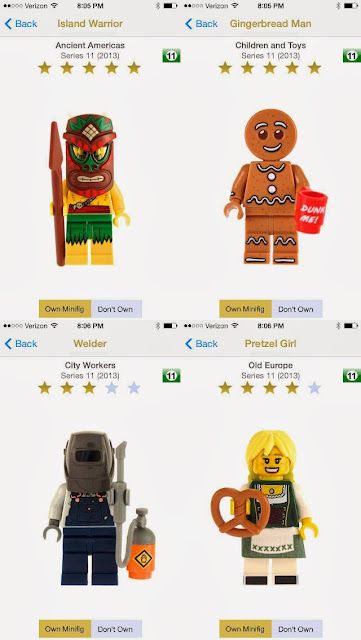 Posted by cherryhilltech at 7:08 PM 5 comments: 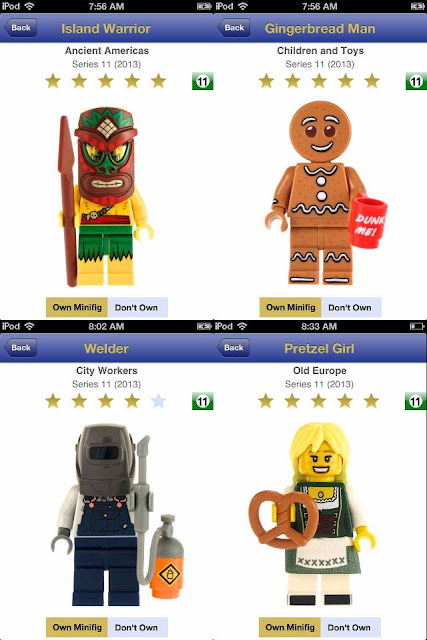 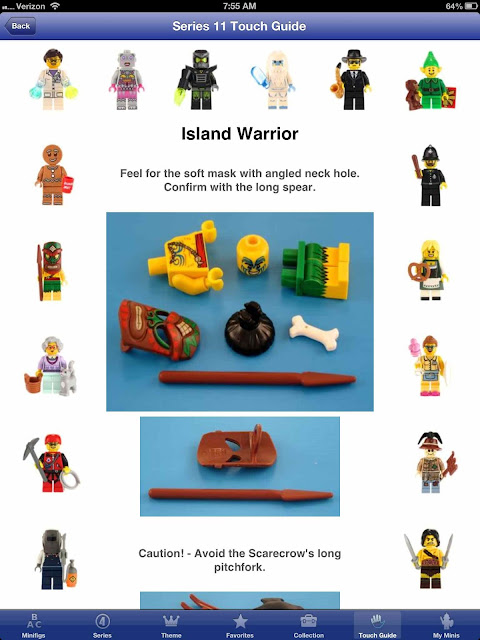 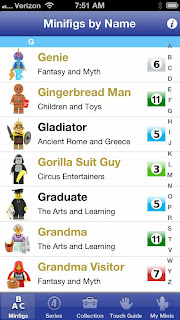 
Posted by cherryhilltech at 12:53 PM No comments: